Inspiration:
While corals may look like rocks and share several characteristics of plants, they are in fact animals. To be exact they are aquatic marine invertebrates (known as polyps) that live in the warm shallows of the clear coastal waters around the world. Corals are the fundamental elements of reef construction. They are both supports, shelters and food. Their forms offer a protective refuge to many species. Corals play an important role underwater because they are not only animals, but a marine habitat to other marine species as well.

Did you know?
In fact, about 25 percent of the world’s marine species depend on coral reefs for shelter and food. “Acropora corals are one of the primary reef builders in the world’s oceans and they are highly sought after by reeftank hobbyists for their remarkable growth rates and intense colors. 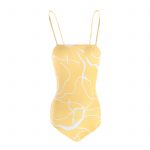